For details about our commitment to your safety, click here.

What is a Hygienist?

What is a Dental Hygienist?

Dental hygienists are a valuable part of any dental team.

Some of their jobs include: 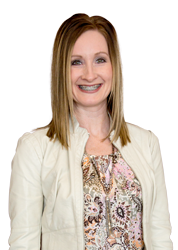 Stephanie graduated from the University of South Dakota in 1998 and became a member of the hygiene team at Broadway Dental in 2000.

Stephanie and her husband, Eric, reside on a farm outside Holstein. In their spare time they enjoy motorcycling, boating and golfing. Stephanie and Eric are blessed with three children; Kiara, Ethan and Tyler and love to spend time with family and friends. 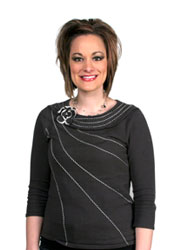 Kristina grew up on a farm near Earling and graduated from Harlan Community High School. She graduated from Iowa Western Community College in affiliation with the Creighton University School of Dentistry in 2006. She became part of the Broadway Dental staff in April of 2009. Kristina is a member of the American Dental Hygiene Association.

Kristina and husband Brian live on an acreage north of Harlan and are blessed with a daughter, Brylee and a son, Brody. In her spare time Kristina enjoys photography, crafting and spending time with her family and their two dogs. 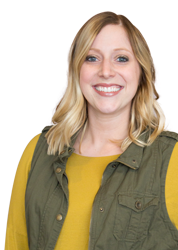 Jordan grew up on a farm outside of Soldier. Jordan was recently married in August of 2016 and resides in Carroll with her husband, Cody, and their son, Bronson. Jordan graduated from Iowa Central Community College in Fort Dodge. As a patient, she always enjoyed the environment at Broadway Dental. This was one of the many reasons she decided to become a Dental Hygienist. Jordan has been with Broadway Dental since 2012. Jordan enjoys educating her patients on the importance of oral hygiene.

In her spare time Jordan likes to play with her dog, Paisley, go on walks, watch sports and spend time with family and friends. 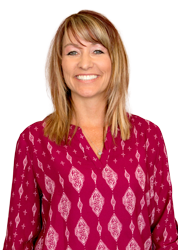 Deborah grew up in Schleswig and graduated from Schleswig Community High School. She graduated with a degree in Dental Hygiene from Iowa Western Community College in affiliation with Creighton Dental School in 2013. Deb and her husband Troy reside in Denison with their daughters Rylee and Abigail, and son Cooper. The Gehlsen’s are members of Our Savior Lutheran Church. In her spare time, Deb enjoys scrapbooking, cooking and spending time with her family and friends. 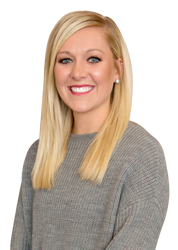 Lindsey grew up in Carroll and graduated from Kuemper Catholic High School in 2013. She attended Iowa Central Community College and graduated in May of 2017 with a degree in Dental Hygiene. In June of 2017 she became part of the Broadway Dental staff.

Lindsey is excited to be back in her home town with her family and friends. She enjoys spending time with her nieces and nephews and being outdoors. 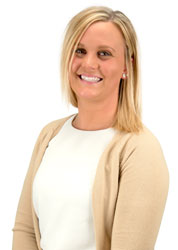 Whitney grew up in Schleswig and graduated from Denison Community High School in 2012. She received her Dental Hygiene degree from DMACC in Ankeny. She recently joined the Broadway Dental team in May of 2017 and is excited to be working in both our Denison and Woodbine office.

In her free time, she loves traveling with her big family of four sisters and one brother. They love to go boating and camping. Whitney lives in Dunlap with her fiance, Luke Elder. They are busy working on their new home and playing with their English Bulldog, Tank. 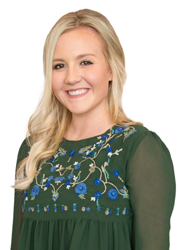 Alexis grew up on a farm out side of Danbury and graduated from Maple Valley Anthon Oto High School in 2013. She attended Iowa Central Community College and graduated in May of 2017 with a degree in Dental Hygiene. Alexis joined the Broadway Dental team in 2018.

In her spare time Alexis likes to play with her dog, Chavez, exercise, go to cattle shows and spend time with family and friends.

You can schedule your next appointment with us online!